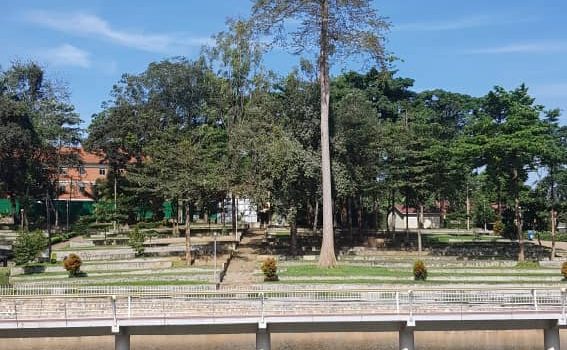 1 Day Kampala City Tour is one of the Short Uganda tours that offers an opportunity of viewing the heart of Uganda in only one day. visit different areas that makeup Kampala as a capital city of Uganda like cultural sites,  main trading centers, academic centers, colonial establishments, local and modern hotels, among others.

Kampala  the capital city of Uganda 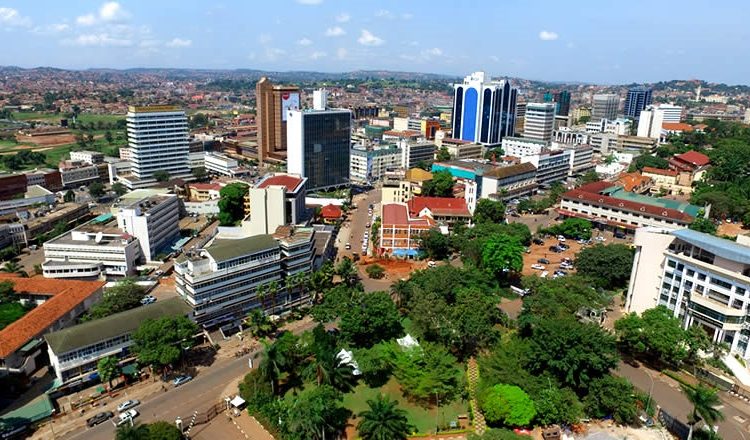 is situated in the central region of Uganda in Kampala district. The city is however not as highly developed compared to some developed cities in the world like Paris London New York among others but has lots of amazing setups, infrastructures like malls, hotels with local packages like meals, local dances among others, pre-colonial establishments, different tribes with in the city and around the suburbs with different lifestyles among others which makes it an inquisitive venture or tour.
Kampala city has got different areas that make a 1 Day Kampala City Tour an awesome venture. 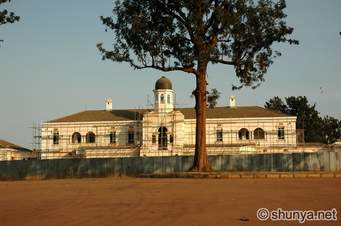 The palace is located along Mengo hill and it is basically the largest and one of the oldest kingdoms in Uganda. The Lubiri as it is commonly known in the local language is a magnificent, historical piece of architectural art that peers out through the normally blue skies on top of Mengo hill and the capital of the reigning king of Buganda. Customary every new king has a right to choose a hill on which to build his palace and rename it. However, the reigning King chooses not to live here much because of the much blood that was spilled and his father having been attacked here
The palace has a ceremonial house called ‘twekobe’ which has been recently modified during kabaka’s jubilee and it is enclosed within a fence covering hectares of land. The palace has different amazing features like A clear straight road lined with old candlenut trees locally known as “Kabaka Anjagala” literally translating in the king loves me. The trees which were imported from Indian derive their local name from the local subjects whom Kabaka Sir Fredrick Mutesa donated these trees to and they would go home bragging “Kabaka Anjagala Yampadde no Mutti” Translated the King loves me he even gave me a tree. That connects the palace to Bulange (Buganda parliament). There were 56 of these trees representing the 52 clans which Kabaka Mutebi increased by dividing the big ones.
A traditional fire source that has never burnt out since the inception of the Buganda Kingdom and shall never stop burning least a king is dead, The architectural design of this building has proven a spectacular Uganda tour site to many local and international visitors.
The Kabaka’s Lake: 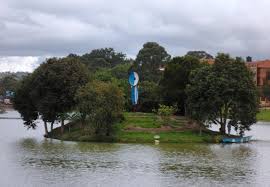 This is the largest man-made lake in Uganda located in Ndeeba, Rubaga Division Kampala City, Uganda. It is between Ring Road and Nabunya Road. The lake is a few minutes’ drive from Bulange and about 5 km from the Kampala City center. The lake was made by Kabaka Mwanga and was suppose to connect to Lake Victoria as an escape route for the Kabaka in case of any attack to the throne but was not finished and only remained as a royal lake near the palace which is home to some birds and least a fishing sport as well as a leisure to many. 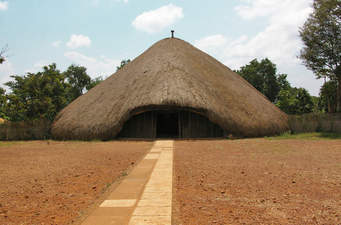 This is a traditional burial place for the kings of Buganda, a tribal group in Uganda. It is located on Kasubi hill in Kampala which is in the capital of Uganda. Kasubi was formerly known as Nabulagala. It was the largest grass thatched structure in the world and the burial place to several befallen Kabakas/ Kings of the Buganda Kingdom. Once finished to its former glory, we will put it back on our schedule of places to visit in Kampala. 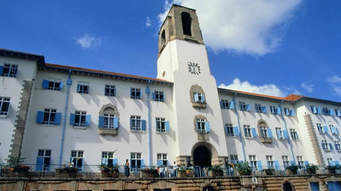 This brick-red dome is an Anglican cathedral and is also the oldest. The cathedral is also known as the St Paul’s cathedral. It was built in 1890 on the Namirembe/Mengo hill one of the major hills of the Kampala city which rises out of Kampala pollution. If you tour Uganda then you should visit this dome that was originally built in 1903 by Buganda Kingdom Craftsmen as a large Grass thatched cathedral that was soon burnt down/ struck down by lightning but was replaces by the present doom structure. This beautiful structure sited on a hill where you can oversee Kampala central, it offers a fascinating view for both local and foreign visitors 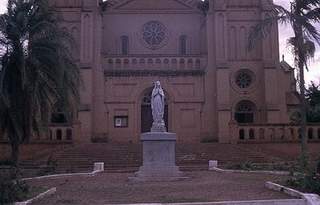 The oldest Catholic Cathedral in Uganda, like Namirembe Cathedral, overlooks the city and is a large complex that takes in various functions of the church and surrounded by beautiful trees plus flowers. It is also situated on a hill with a great scenery view on top of the amazing cathedral structure from here one has a great view over Kampala down Uganda’s capital. 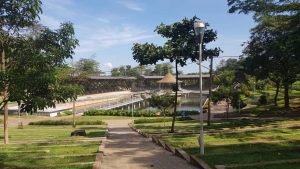 This being the only Baha’i Temple in Africa makes Uganda a prime tour and safari destination for many tourists. It is located on Kikaaya-a hill also overseeing Kampala. It is a beautiful park-like ground with lots of beautiful trees most of the fruit tree species plus flowers as well as a green-carpet like grass with clean clear gazetted paths leading to the dome. This park-like environment attracts many people who sit on the grass and have a peaceful moment or hold picnics not forgetting couples in love who flock this place for quality time. 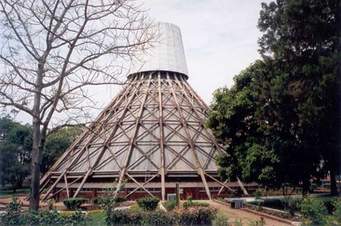 This is the biggest religious and cultural site in Uganda drawing many travelers from Africa and all over the world to undertake safaris to Uganda especially on the 3rd of June every year. The shrine is the place where a total of 32 young Ugandan Christian converts were martyred on denial to condemn the new religion by then (Christianity) which was out spreading at a fast rate in Uganda the pearl of Africa. This annoyed the Kabaka of Buganda by then King (Kabaka Mwanga II,) and he decided to order his loyalties to execute or murder the 32 young men who refused to denounce their religion. There unique architecture of the temple of worship in this place is yet a great tourist destination. This is a must-see place!!!. 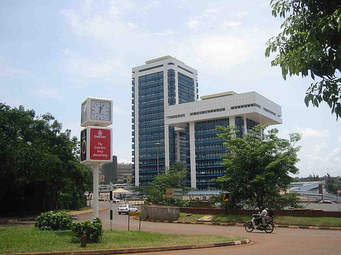 Kampala city central business area has centers where business is at its climax, it consists of the upper side comprised of the upper-class shopping malls, less congested, organized. Here are corporate Banks, insurance companies, Major Forex bureaus, Casinos, star Hotels and all-important Government organs like the parliament and ministries. 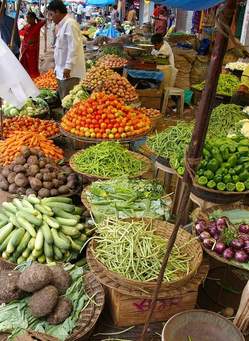 The downside business area(downtown) where the average income earners majorly shop it’s too busy and congested with cheaper guest houses, Forex bureaus, restaurants and open eating places, and here you will find the famous Owino Market – the largest 2nd hand clothing market in Africa, the Taxi Park-an amazing site in itself and the hub of Kampala Transport with hundreds of mini-vans jostling in and out plus the Nakasero Food, fruits and Vegetable Market.

Have an awesome, secure tour around the heart of Uganda with us the whole day and at a low cost.

Accommodation gorilla trekking
1 Day Kampala City Tour
Africa Treasures Home
Africa Treasure Home,
Bukoto,Uganda,central- Telephone No.+256774161700
Uganda, Rwanda,
Kampala City
offers the best accommodation services and gorilla trekking in  this New year 2019
1 Day Kampala City Tour is one of the Short Uganda tours that offers an opportunity of viewing the heart of Uganda in only one day. visit different areas that make up Kampala as a capital city of Uganda like cultural sites,  main trading centers, academic centers, colonial establishments local and modern hotels among others.